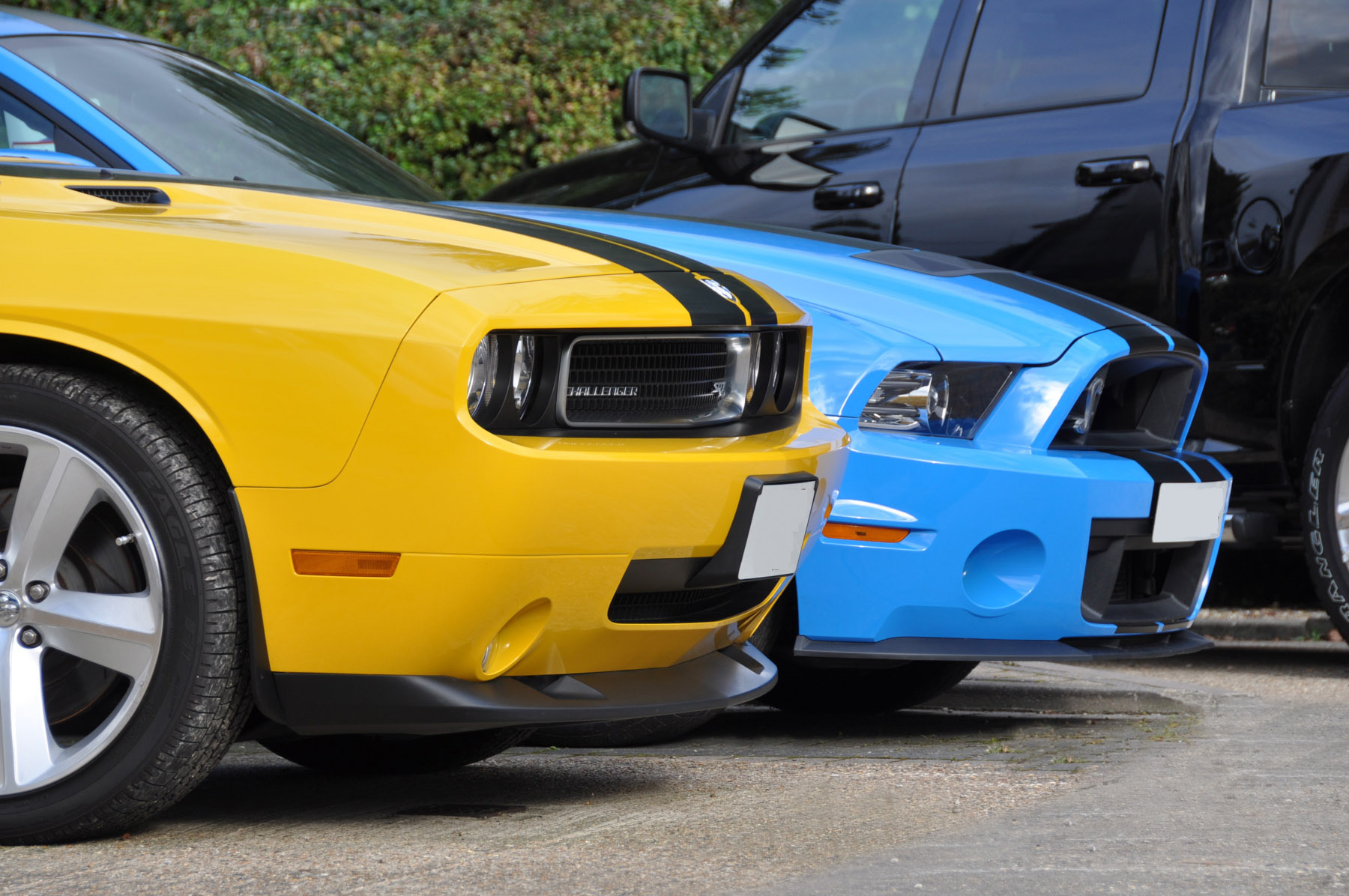 Over the years we are sometimes asked the question “Which is best: The Dodge Challenger, Ford Mustang or the Chevrolet Camaro?”

On the face of it, that seems like a fair question. All three cars are front engine, rear wheel drive sports coupes and are all available with a choice of powerful power plants.  There are a lot of similarities: All three carry magic in their heritage and although they have roots that are firmly entrenched in the bedrock of Detroit’s heyday, they have evolved over the years into modern day icons that fit perfectly into the present.

Each of the three models now incorporate all the modern technology and abilities that we expect to find on a car designed and built for today’s needs, but still the mere mention of their names invokes memories of their legends that are burned deep into our automotive psyche.

The name “Mustang” conjures images of Steve McQueen’s adrenaline filled car chase through the streets of San Francisco in the film “Bullitt”. The name “Dodge Challenger” can remind us of the moody anti-establishment existentialism that leads to Kowalski’s explosive demise in a 1970 Dodge Challenger in “Vanishing Point”. In many of the films from that era it was the cars that were as much stars of the film as the actors. The 1967 Camaro has been said to have defined an era of muscle cars that influenced everything that came after and it therefore seems slightly strange that we had to wait until Bumblebee graced our screen in “Transformers” for a Camaro to really take centre stage in a blockbuster.  (1)

Each car has its own glorious history that somehow adds something special to the experience of driving one and makes ownership so much more than the sum of the beauty, sound and performance of the car. When you buy one of these, you are owning a legend. There is something in their DNA that has carried through from the past.

Legend and history isn’t everything though. A modern car still has to deliver in these modern times and the Challenger, Camaro and Mustang all deliver beautifully. Our answer to “which is best?” is quite simply that they are all different. The Challenger is more of a GT than the others. It is bigger, heavier and gives a more comfortable ride. Its styling is perhaps the most striking of the three with its uncompromising retro lines. The modern day Mustang is probably more European in feel and look than the Camaro, yet still exudes that American car charm. The Camaro’s interior is a little tighter than the other two, but it the modern Camaro has profiles and curves that scream supercar. All three are supremely good cars in their own right. All three cars have distinctly different characters.

How Much is Enough? 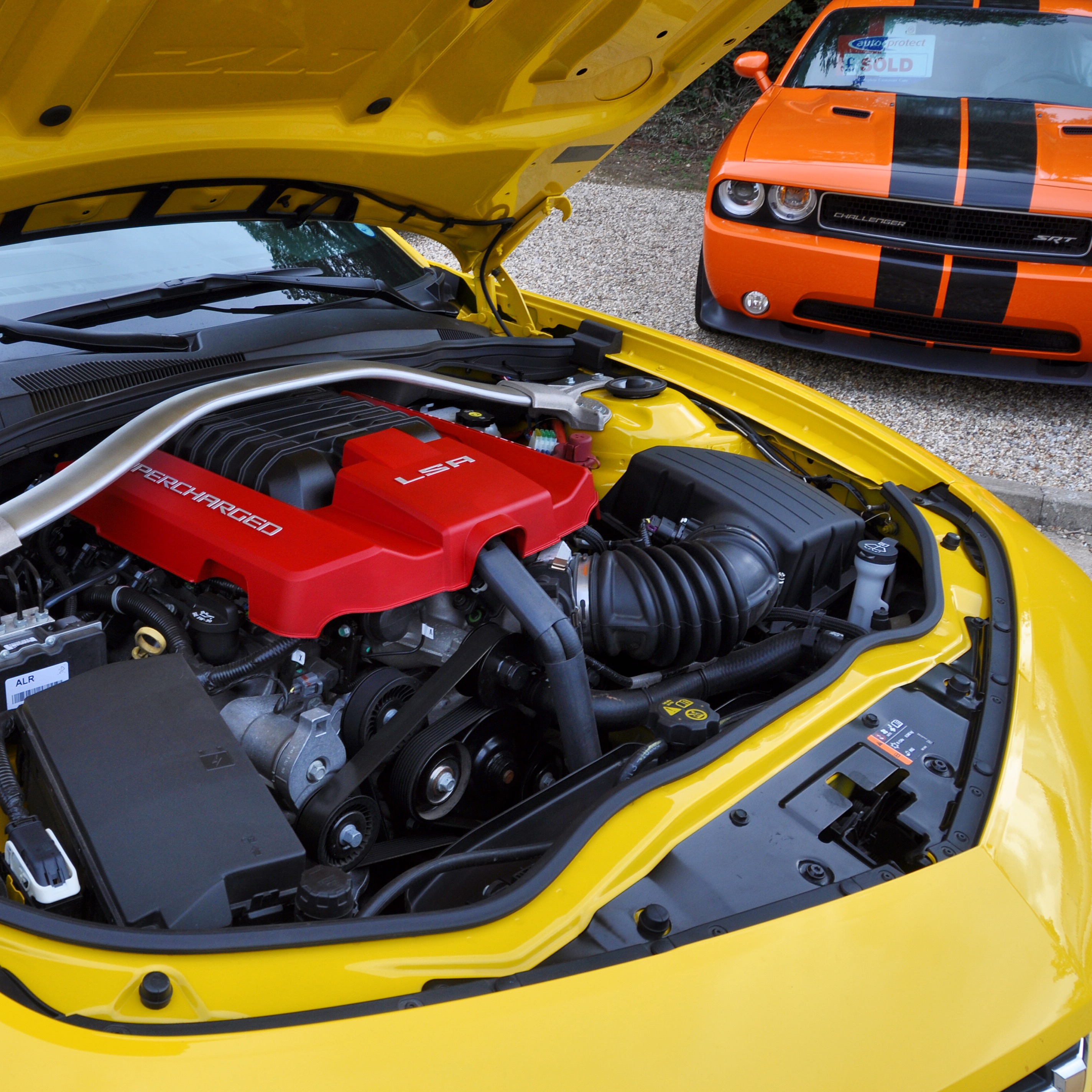 Straight-line performance is dependent upon your choice of engine. The V6 variants (and even Ford’s new 2.3 four cylinder turbo) are powerful enough to be extremely enjoyable. All of them are infinitely more pleasing than any of the high powered diesels available in the same price range from the European market. The V6 cars are good cars with good economy, stunning looks at reasonable prices. There is nothing to be sniffed at the V6 mustang’s 0-60 time of 6.5 seconds and the 2.3 litre Ecoboost is even faster. The modern day smaller engine choices now produce more power than a lot of the V8 engines fitted to cars from a few years ago.

There are however those that still insist that an American car must have a V8 engine. If budget allows then we would agree. “There’s no substitute for cubes” is a famous maxim that has been repeated for many years across the pond. There is a choice of V8’s in the three models that ranges from 5.0 litre in the Mustang to 6.4 litre in the Challenger. Power output ranges from 435 BHP from the Mustang GT, 455 BHP in the Camaro SS to 485 BHP from the Challenger SRT8.

These are stunning figures and with all three cars, the power is delivered alongside a soaring soundtrack of a V8 engine who’s scream gets more ever more vocal as the needle rises towards the red line. No other engine configuration can produce a sound like a V8. If you are into cars (and if you are reading this, then we assume that you are!) then you will already know that there is something unique in the growling engine note of a V8, that cannot be replicated with six, ten or twelve cylinders. Even these impressive BHP figures do not tell the whole story. There is a pleasure way beyond that derived from pure power that comes from the growling character and exuberance of a V8 engine when pushed. Some say that it’s almost as if the engine is alive. We wouldn’t argue.

Then of course, sitting right at the top of the performance tree is the Dodge Challenger Hellcat. Until recently both Ford and GM produced their own supercharged versions of their cars in the Mustang Shelby GT500 and the Camaro ZL1. Both were quite simply amazing cars producing 583BHP and 662BHP respectively. When the 2015 Hellcat launched with a jaw dropping headline figure of 707BHP it blew the motoring world away. As we start 2016 the Hellcat is the only one of the three offered with a power output that puts it right up there with the supercars. As Dodge rightly boast: It is “The most powerful muscle car ever built.” “End of discussion…” The marketing people add. With prices for V6 cars in the mid thirty thousands, you can expect to pay double that for a Hellcat.  That is a lot of money, but in comparison with the prices of other production cars with a similar power output it is great value.  We’ll cover the Hellcat more fully in another article.

Along with improvements in handling, fuel economy has improved through the years. Whilst no one would expect a five or six litre V8 petrol engine to be overly

Something that also traces its roots back to the sixties is brand loyalty. There are those that love the cars from GM, whether Chevrolet, Pontiac, Cadillac, Buick. There are those that fell in love with Mopar and it stuck. “Mopar or No Car” is a phrase that brings a smile. Mopar fans prefer their cars with a Hemi.  As for Ford, Ford also has its fans worldwide and whether the love affair started with a Mustang or an Anglia, a Capri or an RS Turbo. If you are a Ford lover, a Mustang is your obvious choice.

In a world where so many of the big names in car manufacture are now financially intertwined and technologies and platforms are increasingly shared, it is pleasing that the Mustang, Camaro and Challenger still carry the unique essence of the names behind them. They all of course have the basics of any car: four wheels, brakes, engine and steering wheel. They all carry you from point A to point B, but each carries its own unique character and does so in a slightly different way.

Each of them touches the soul in ways that European cars don’t seem to. As Steve Jobs once said “The Journey is the Reward.”

Even though the handling and stopping power of modern day American vehicles now rivals the best offerings from Europe, American cars still do things slightly differently from their European counterparts. We doubt that there is a petrol-head alive that can hold back a smile when they hear a Hellcat fire up for the first time. A small block Chevy engine on wide open throttle makes a kind of music that is as unique as it is beautiful. There is nothing else on the roads that sounds like a V8 Mustang. Each one of us finds beauty in different things. We all want different things from our cars. We find “which is best” an impossible question to answer, but whether you are looking for some weekend fun in a modern day classic that comes with modern day reliability or a daily driver, there is plenty to find in any of the three coupes Mustang, Camaro or Challenger. Whether Supercharged, V8 or V6: Give one a try…. There is plenty in all of them to fall in love with.

(1) There is another beautiful car that could almost fall into this comparison were it not for the fact that it has four doors. We will cover the Dodge Charger in another post. It is a stunning vehicle in its own right, but doesn’t quite fit here as it is not a coupe. 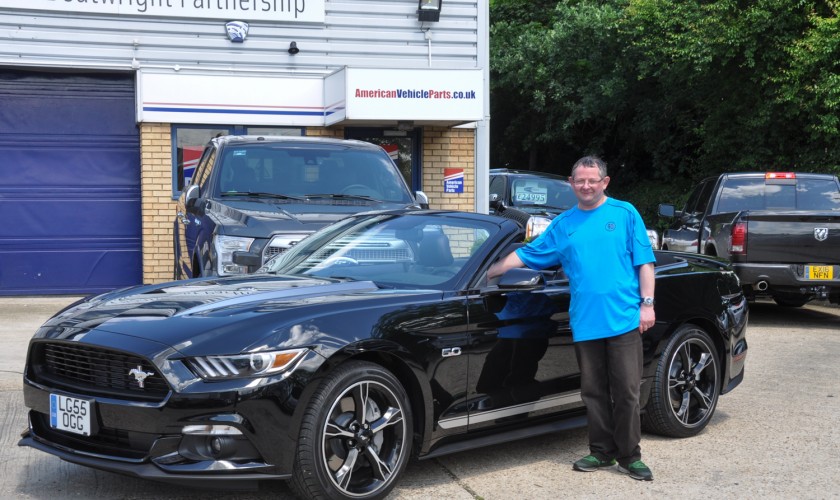 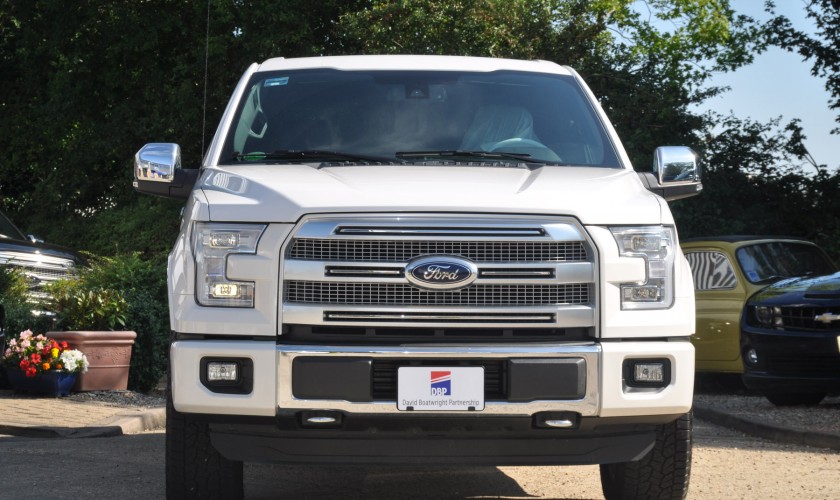